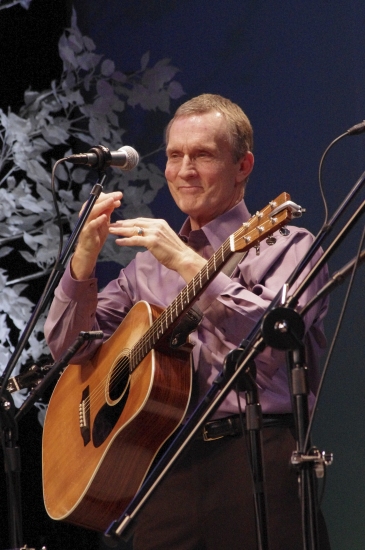 My love for music was fostered by my parents at an early age by listening to Jerry Vale, Perry Como, Sinatra and Nat King Cole, to mention a few, on the stereo. On our car trips my dad sang melody, my mom and sister harmonies, so at age 9 or so, I was left to find my spot in the singing pecking order. Hence, my love for harmonies. During the folk generation we listened to Peter Paul and Mary, (my first concert) the Brothers Four, Kingston Trio, Dylan, the Beatles and Stones, Joni Mitchell and Jefferson Airplane. I've always been an eclectic music lover.

By the time I entered high school I was involved in sports, but kept playing the trumpet until I graduated. I remember singing Beach Boys tunes in my friend's Morris Minor driving down sidewalks after basketball games. Only in a small town!

At the University of Washington I met Mark Pearson and we formed a singing quartet, but it was short lived when he abandoned us for the Brothers Four! Later on, when Mark was on hiatus from the group, we would sing together in restaurants around the Seattle area, and twice going to Sun Valley for an extended period of time. Somewhere in this time period I taught myself to play the guitar.

I eventually graduated from the U of W and became a first grade teacher for 31 years. During this time Mark and I recorded 2 albums, all songs that Mark wrote, and sat in for some harmonies on other projects he recorded. During my years of teaching I composed songs that went with our curriculum, and at the end of the year all the first grade classes put on a concert for the parents, usually 20-22 songs. It was the highlight of the year for the kids and me.

In 2004 I was asked to join the Brothers Four since John Paine was retiring. I spoke with my principal and he agreed to let me take unpaid leaves when the group was on tour. This worked well for 4 years until the district hired a new superintendent. I was given the choice to quit singing and continue teaching, or retire. I retired, and am approaching my 15th year with the Brothers Four. I consider myself fortunate to be traveling around the world singing and sharing a slice of Americana with three incredible people I call friends. Am I glad I retired from teaching? Every standing ovation answers that question.

To keep myself busy when between concerts, I formed a non-profit titled Tokul Creek Guitars. I built a shop, learned how to make acoustic guitars, and donate them to young adults and teens who don't have the financial means, but have the desire to play. I'm thinking I'll do this until my fingers quit working.